Following an arrest for disorderly conduct, it is understandable that the suspect feels angry and confused, but it is important that he or she understands the legal rights and options that exist. Remaining uninformed and entering a guilty plea without first consulting with a trusted lawyer can lead to serious consequences that may have been otherwise avoided. 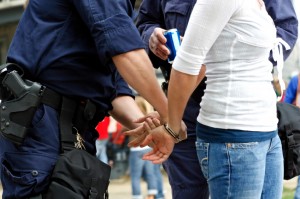 According to NJ 2C:33-2, a person is guilty of disorderly conduct if he or she causes “public inconvenience, annoyance, or alarm, or recklessly creating a risk,” such as fighting, yelling, or threatening behavior. However, the term disorderly conduct can be applied to a broad range of actions or behaviors that a police officer deems to be dangerous or offensive.

Vague or “catch-all” charges, such as disorderly conduct, are often used when an officer cannot charge the suspect with any other crime or has misconstrued the suspect’s actions. For example, yelling or cursing loudly in public can result in a disorderly conduct charge, or simply loudly playing music.

In order to be convicted, however, there must be sufficient evidence of the alleged actions or behavior, such as video, eyewitness testimony, or audio recording. Sometimes a case may simply come down to the arresting officer’s word against the suspect’s.

The penalties for a conviction for disorderly conduct can include jail time, mandatory community services, restitution for damages, and a $500 fine. Even a first offense can have long-lasting consequences and interfere with a person’s ability to find a job or take out a loan.

The New Jersey disorderly conduct lawyers at Lubiner, Schmidt & Palumbo, LLC have defended numerous clients against criminal charges with effective strategies and negotiation skills necessary for a successful outcome. If you or a loved one is at risk of facing disorderly conduct charges, please do not hesitate to call us at (844) 288-7978. We may be able to get the charges significantly reduced or dropped.