President-elect Joe Biden’s plans for immigration are expected to be a stark contrast to the Trump administration agenda.  Some of President-elect Biden’s stated priorities are:

END_OF_DOCUMENT_TOKEN_TO_BE_REPLACED

Last Friday, February 10, for the first time under President Trump, an individual covered by the Deferred Action for Childhood Arrivals program (“DACA”) was taken into custody. Daniel Ramirez Medina, a 23-year-old with no criminal record who was brought to the United States from Mexico when he was seven years old, filed a challenge to his detention in Seattle the Monday following his arrest, arguing that the government violated his constitutional rights because he had work authorization under the DACA program.

In response, Mark Rosenbaum, one of Daniel Ramirez’s attorneys, strongly refuted the allegation, saying in a statement: “Mr. Ramirez unequivocally denies being in a gang. While in custody, he was repeatedly pressured by ICE agents to falsely admit affiliation.”

END_OF_DOCUMENT_TOKEN_TO_BE_REPLACED

Last Week the New York Times reported that mass deportations would negatively impact the housing market, as evidenced by research showing that mass deportation of more than three million undocumented immigrants between 2005 and 2013 helped exacerbate foreclosures.  Simply speaking chronologically, the massive pile-up of foreclosures during the housing crash, one in five of which affected homeowning Hispanic households, seemed to coincide with the mass exodus of undocumented immigrants, about 85 percent of whom were working Latin American men.

According to a recent study published by sociologists Jacob S. Rugh and Matthew Hall, the roundups of undocumented immigrants from 2005 to 2013 help explain why Hispanics faced the highest foreclosure rates during the housing crash—even among households with legal residents and American citizens.  According to Rugh and Hall, “Latino immigrants put down roots in the United States, including household home ownership across mixed legal statuses.  Among those deported, the median length of U.S. residence is 14 years.”

Furthermore, since many of those deported were Latino males, presumably a good portion of whom were primary income earners, the loss of such income, formerly devoted to mortgage payments, raises the likelihood of household foreclosure. These findings reveal the often unseen effects of mass deportation on the United States’ economy and the social groundwork.  No longer just the stuff of academic studies, these findings have now found themselves a critical place at the policy-making table as President-elect Donald Trump weighs whether to follow through on his campaign promise to deport millions of undocumented immigrants.

END_OF_DOCUMENT_TOKEN_TO_BE_REPLACED

On November 20, 2014, President Obama announced an expansion of the DACA program which increased the pool of potential DACA applicants by easing some of the restrictions that were previously in place. President Obama also initiated a program called Deferred Action for Parents of Americans and Lawful Permanent Residents or DAPA which would have protected the undocumented parents of US citizen children or lawful permanent resident (LPR) children.

END_OF_DOCUMENT_TOKEN_TO_BE_REPLACED

(This begins our three-part series on the development of Deferred Action for Childhood Arrivals, its proposed expansion, DAPA, and the recent developments in the US Supreme Court)

On June 15, 2012, President Barack Obama unveiled the Deferred Action for Childhood Arrivals program (DACA) to protect certain classes of undocumented immigrants. Under this program, the US Department of Homeland Security would not remove undocumented youth who had come to the United States as children if they had met certain criteria. Instead, these youth would be “DACAmented” and given a number of benefits that were previously unavailable to them, including the temporary permission to stay in the US under “deferred action.”

To be eligible for the initial DACA guidelines, an applicant must:

END_OF_DOCUMENT_TOKEN_TO_BE_REPLACED

The immigration attorneys at Lubiner, Schmidt & Palumbo, LLC have taken a great interest in a recent case heard by the New Jersey Supreme Court. The case grappled with how an illegal immigrant should be told what his or her chances of being deported are if they plead guilty to a crime in New Jersey.

In these kinds of cases, words matter.

The case heard before the high court was State v. Lipa. In 2009, a native of Peru pleaded guilty to first-degree sexual assault and was sentenced to nine years in prison. The guilty plea is not actually what is in contention here, but whether it was appropriate for a judge to tell the defendant that it was “more than likely” that he would be deported after serving his sentence.

END_OF_DOCUMENT_TOKEN_TO_BE_REPLACED

Approximately 2 million people have been deported during the Obama administration, prompting the country’s largest Latino advocacy group to label the President as the “Deporter in Chief.” Perhaps sensitive to this label, President Obama recently asked top immigration officials to review deportation practices to see if they can be made more humane. After meeting with Latino lawmakers in the House, the President directed the head of the Department of Homeland Security to run an “inventory” of the agencies practices.

Homeland Security officials responded and are now focusing on major policy changes that could slow the number of deportations. At Lubiner, Schmidt & Palumbo, LLC, our immigration attorneys, reached at (844) 288-7978, are personally invested in changes to deportation and hope that these potential policies can make the United States a country that preserves the rights of those who come here for a better life.

According to statements from government officials reported by The Los Angeles Times, potential changes would stop the deportations of foreign nationals with no criminal convictions. Instead, enforcement would focus on immigrants convicted of felonies and those who pose a threat to public safety. White House officials have said that President Obama expressed interest in modifying policies to prevent the separation of families.

END_OF_DOCUMENT_TOKEN_TO_BE_REPLACED 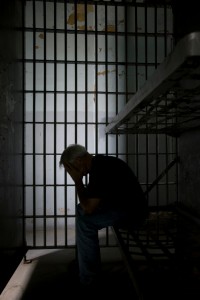 If a local law enforcement agency (LEA) has arrested someone that US Immigration and Customs Enforcement (ICE) believes may be subject to removal from the US, the agency may request an immigration detainer for that individual. The detainer, or hold, informs the LEA it would like an alien to be held in custody for a period not to exceed 48 hours (excluding weekends and holidays) to provide time for ICE to assume custody of that person.

According to the Department of Homeland Security, an immigration detainer serves three purposes:

The immigration lawyers at the law firm of Lubiner, Schmidt & Palumbo in New Jersey want to emphasize that detainers are not arrest warrants and an LEA has the latitude to refuse a request for an immigration detainer if it so chooses. The federal government does not compensate law enforcement agencies for the cost of any extended custody. If ICE does not pick up the individual named in the request within the 48 hour window and that person was slated to be released during that time period, the LEA has to release the person from custody.

END_OF_DOCUMENT_TOKEN_TO_BE_REPLACED

Pop singer Justin Bieber was recently arrested in Miami Beach on suspicion of drunk driving, resisting arrest, and driving without a valid license. On the face of it, it seems like this would be a simple case for a local criminal court, but some have questioned whether Bieber, who is an O-1 visa-carrying Canadian national, will also be looking at federal immigration issues if he is convicted on any of these charges.

A petition that garnered more than 100,000 signatures was sent to the White House demanding Bieber’s deportation. By law, the White House must now officially respond to the petition. But how likely is it that the pop singer will actually be kicked out of the United States if he is convicted on any of these charges?

That’s up to how prosecutors treat his alleged crimes.