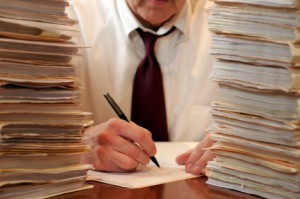 The U.S. Citizenship and Immigration Services (USCIS), California Service Center has advised immigration practitioners of the most common items missing from family based immigrant petitions filed.

Missing evidence will result in the issuance of a Requests for Evidence (RFE), which results in processing lag and consequent delay in adjudicating a case. As a public service, here are some tips in order to process a family-based petition faster.

In addition to providing proof of the status of the petitioner as a U.S. Citizen or Lawful Permanent Resident, there are five documents that should be included with each family-based (I-130) petition:

The purpose of this form is to provide supplemental biographical information on the application or petition submitted to USCIS. The form should be originally signed by the petitioner and beneficiary. If the beneficiary is overseas, he/she can sign the form at the interview for immigrant visa issuance.

The passport-style color photo of the petitioner and the beneficiary must be taken within 30 days of the date of the petition, on a white background, glossy, un-retouched and un-mounted. The dimensions of the full frontal facial image should be about 1 inch from the chin to top of the hair. With a pencil or felt pen, lightly print the name (and Alien Registration Number, if known) on the back of each photograph.

Evidence of Termination of Prior Marriage

Evidence of termination of prior marriage is critical in family-based cases, where the qualifying relationship upon which immigration is sought is based on marriage, but is also important when it is based on parent/child or stepparent/child relationship. Clear, legible copies should be submitted to prove eligibility. In some cases, a death certificate is necessary if a prior marriage was terminated through the death of a spouse.

Birth and marriage certificates are also required to prove parental relationship or existence of a qualifying relationship which supports the family-based immigration clarification section. The birth certificate should show the names of both parents.

Often times, documents submitted with family-based immigrant petitions are submitted in their native language without English translation. Any document containing foreign language submitted to USCIS must be accompanied by a full English translation which the translator has certified as complete and accurate, and by the translator’s certification that he or she is competent to translate form the foreign language into English.