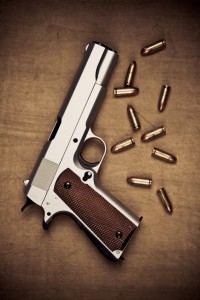 The U.S. Supreme Court has refused to hear an appeal that challenged the New Jersey Handgun Permit Law that requires a person prove “justifiable need” to carry a handgun outside of the home.

The high court was wary to embroil itself in the Second Amendment case brought by four individual New Jersey gun owners who were denied carry permits and two gun rights groups (The National Rifle Association and Gun Owners Foundation). They claimed that federal and state courts were split on the issue whether the right to carry a handgun also extends to public places.

The New Jersey Law is strict and requires that gun owners prove that “specific threats or previous attacks demonstrating a special danger to applicant’s life that cannot be avoided by other means” in order to obtain an open carry permit.”

The parties that brought the challenge contended that the law impinged on their fundamental rights under the Second Amendment to carry guns for self-defense in public. They also claimed the New Jersey law was so restrictive that it made it impossible for any person, besides a police officer, to get a permit to carry.

Under the Handgun Permit Law, a gun owner not only has to prove “justifiable need, but is required to get three references from people they have known for at least three years to show that the applicant has “good moral behavior and character.” Additionally, he or she has to pass a mental health and criminal background check. Finally, the application has to be approved by local police and a Superior Court judge.

The state had won two rounds in federal district and appeals courts in the case. Since the Supreme Court has refused to hear the case, the lower court ruling will stand.

The plaintiff’s attorney claims that New Jersey is the “outlier” on this issue and “completely out of step with prevailing practices in other states.”

The U.S Supreme Court has ruled that handguns in the home are permissible for self-defense, but has also indicated that rights secured by the Second Amendment are not unlimited.

If you are facing gun charges, the New Jersey defense attorneys at Lubiner, Schmidt & Palumbo will work tirelessly to protect your rights and ensure that you receive the best outcome for your case. Call (844) 288-7978 to set up a consultation with our experienced legal team.