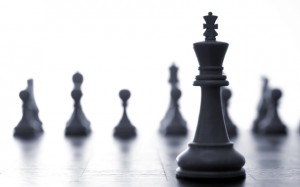 It is no secret that the current H-1B visa cap is not working for businesses. It took less than a week for U.S. Citizenship and Immigration Services (USCIS) to hit the cap of 65,000 H-1B visas for fiscal 2015.

This may not sound like an exceptionally low number until you consider that the agency received 124,000 applications for the visas. The “specialty occupation” visa gives U.S. companies the chance to temporarily hire foreign professionals that have a bachelor’s degree in a specialized field. U.S. companies are especially seeking professionals with degrees in technology, engineering, science, or mathematics — fields where it is tough to find enough qualified American workers to fill slots.

The competition for H-1B visas has become so keen that the USCIS has been forced to use a lottery to dole out the restricted visas. The 65,000 cap was established in 1990. An additional 20,000 visas for graduate degrees was added in 2006; however, it did little to satisfy the voracious demand for qualified foreign workers.

This is hurting the American economy, according to the National Foundation for American Policy. It estimates that the hiring of each H-1B worker creates employment for 7.5 workers in small to midsize technology companies. The Washington Post reported that the hiring of H-1B workers not only creates American jobs, but it also helps increase Americans’ wages.

In 2013, the U.S. Senate passed Immigration Bill S.744, which dealt with immigration issues, such as how to deal with undocumented immigrants currently residing in the U.S., to fixes for the current broken employment-based visa system.

Unfortunately, the House of Representatives has been dragging its heels on immigration reform, amid speculation that it is being used as a chess piece in a larger political game. The latest scramble for “specialty occupation” visas is just the latest example of why the nation’s immigration system needs an overhaul that more accurately reflects the 21st century.

If you need a law firm that understands the complexity of employment-based immigration, you need look no further than the law firm of Lubiner, Schmidt & Palumbo in New Jersey. Call us today at (844) 288-7978 or contact us online to schedule an appointment with one of our experienced immigration attorneys.