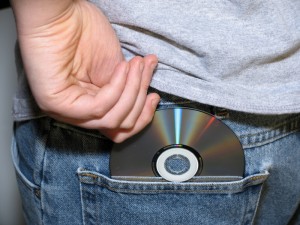 According to NJ.com, three residents from Bayonne were recently arrested after a series of thefts committed at a local shopping center.

Earlier in the month, a 51-year-old man and two women, ages 48 and 32, allegedly stole a $578 television after first attempting to receive a refund for the item at customer service.

Several days later, the man accused of shoplifting allegedly went on to steal two vacuum cleaners, each valued at $329, on two separate occasions.

The three suspects were reportedly identified by police using surveillance video and are now facing charges of shoplifting and conspiracy.

Under New Jersey law, the penalties for shoplifting are determined by the value of the merchandise that has been stolen. For example, the theft of merchandise valued between $200 and $500 may result in a sentence of 18 months in jail and a $10,000 fine, whereas shoplifting items valued at more than $500 can result in spending three-to-five years in jail and a $15,000 fine.

The consequences of shoplifting can follow a person for the rest of his or her life. In many cases, a criminal record can severely impact an individual’s ability to find employment, obtain a professional license, or become a U.S. citizen. The New Jersey shoplifting defense attorneys at Lubiner, Schmidt & Palumbo have a successful track record for protecting our clients against serious criminal charges. If you or a loved one has been accused of shoplifting, please contact us for a free, confidential consultation at (844) 288-7978.