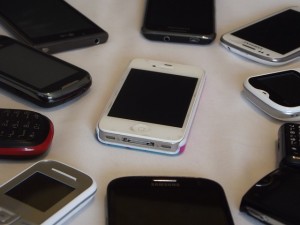 The Supreme Court of the United States has ruled that a warrant must be obtained before authorities can search a suspect’s cell phone or personal electronic device following an arrest.

In a previous Lubiner, Schmidt & Palumbo blog, we reported that the High Court had decided to hear the case after lower federal and state courts issued conflicting rulings on whether police needed to get a search warrant before examining the information on a suspect’s cell phone.

In the majority opinion, Chief Justice John Roberts wrote, “A cell phone search would typically expose to the government far more than the most exhaustive search of a house: A phone not only contains in digital form many sensitive records previously found in the home; it also contains a broad array of private information never found in a home in any form.”

The Chief Justice conceded that the Court’s decision may make it harder for police to fight crime, but that did not excuse them from getting a warrant before conducting searches of smartphones, cell phones, and other electronic devices.

Advocates of privacy rights had argued that the search of a cell phone should not be equated with searching a suspect’s briefcase or wallet during the course of an arrest. Law enforcement had argued that police needed to be able to search a suspect’s cell phone without a warrant to preserve evidence and for safety reasons.

With smartphones becoming more sophisticated and the advent of more cloud-based information being stored and shared, the Court viewed law enforcement’s arguments as too simplistic for the times.

The High Court did not rule out warrantless cell phone searches in “exigent circumstances” where authorities believe that evidence could be destroyed or in the case of a ticking-time bomb scenario.

The Justice Department has said that it will work with law enforcement agencies across the nation to assure “full compliance” with the decision.

If you believe that your cell phone was searched illegally after an arrest, the criminal defense attorneys at Lubiner, Schmidt and Palumbo in New Jersey would like to talk to you about your case and your legal rights. Call us toll-free at (844) 288-7978 or contact us online.