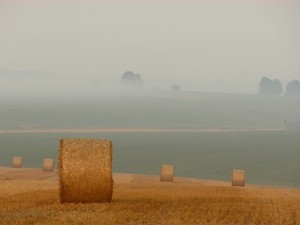 In an indication that President Obama is seeking to use his executive powers to implement more far-ranging immigration reform, the Administration has been meeting with leaders in the construction, agricultural and tech industries to discuss possible reforms it can make without Congress.

Sources told the Wall Street Journal (WSJ) that the business leaders have discussed “recapturing” unused green cards from previous years, which could add up to 200,000 additional green cards each year. The sources also told the WSJ that those involved in the discussions were willing to exclude spouses of workers who have received skilled visas. Those visas are currently capped at 140,000 per year.

The tech sector especially has been clamoring for immigration reform as it finds that it is increasingly hard to find qualified American citizens for the jobs it needs to fill. As it stands, the current visa caps for skilled and unskilled workers were set 20 years ago. The labor market in the U.S. has changed substantially in that time.

The agriculture industry has also been experiencing labor shortages and is seeking to increase the number of work visas issued to immigrant farm workers.

The move to broaden the scope of immigration reform by including industry into the mix is seen by some as a way to make the president’s potential use of executive power to change immigration law more palatable to voters and to quiet critics. The focus on immigration reform within the business sector is seen as less controversial than the president’s proposed reforms to the Deferred Action for Childhood Arrivals (DACA) program.

There is speculation that the president might even implement immigration reforms aimed at business before the November mid-term elections and wait until after the elections to tackle DACA. Members of the president’s own party who are locked in tight mid-term races have expressed concern that passage of immigration reform before the November elections could hurt their re-election chances and throw the Senate back into Republican control.

Although the fate of immigration reform is up in the air right now, you do not have to wait if you are seeking to apply for a green card or a work permit. The immigration attorneys at Lubiner, Schmidt & Palumbo can lead you through the process. Call us at (844) 288-7978 or contact us online to find out how we can meet your immigration needs.