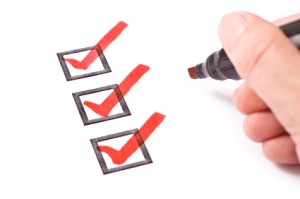 In a follow up to previous blogs posted by the criminal defense attorneys at the law firm of Lubiner, Schmidt & Palumbo in New Jersey, we reported that Governor Chris Christie has signed bail reform legislation into law and has also approved so-called “ban-the-box” legislation, which makes it illegal for employers of 15 people or more to initially ask if a person has been convicted of a crime on a job application.

New Jersey political insiders had expected Christie to send the “ban-the-box” legislation back to the legislature for revisions and were surprised when the usually pro-business governor did not.

“This is a state that believes that every life is precious,” the governor stated. Everyone deserves a second chance in New Jersey. Today, we’re banning the box.”

The legislation bans businesses that employ 15 or more workers from asking potential employees if they have a criminal record during initial job applications. However, once a candidate is deemed suitable for the job an employer still has the right to check a potential employee’s background during the hiring process.

The law does not ban an employer from asking a job applicant’s criminal history if the job being sought is for certain safety sensitive positions, including the judiciary, law enforcement, corrections officers, homeland security or emergency management positions.

Also, applicants who believe that an employer has broken the new law will not be allowed to file a civil suit against that employer. All penalties for violations will be meted out by the New Jersey Department of Labor.

The just recently signed bail reform will allow those who cannot pay bail the chance to remain free until their trial dates. This non-monetary bail option is expected to help the working poor who would have missed work and would have been fired due to extended stays in jail while awaiting trial.

If you have questions concerning the new bail reform laws and new employment law, call the criminal defense attorneys at Lubiner, Schmidt & Palumbo at (844) 288-7978. We can also be contacted online to set up a free consultation concerning your case.