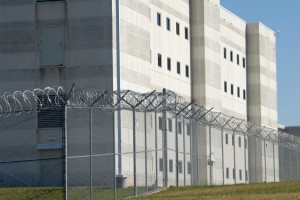 The New Jersey Senate Budget and Appropriations Committee has passed legislation that would drastically reform New Jersey’s criminal bail system. The bill had already received the backing of the Senate Judiciary Committee and will now go for a vote before the full Senate.

Critics of the current bail system argue that defendants in New Jersey who cannot afford to post bail can spend years in prison pending trial. The bill, S-946, would allow most defendants to be released from jail without posting bail. However, bail would still remain an option and those accused of some violent crimes could be held in prison without bail pending trial.

Daniel Phillips, the legislative liaison for the Administrative Office of Courts, says the judiciary supports moving away from a bail-based system. He said that the current system keeps thousands of defendants who are not a danger to the community locked up simply because they cannot post bail. “The system is based on how much money you have,” he said.

Phillips said that while judiciary backs the bill, there are concerns that it is underfunded. He claims that the $15 million slated for additional pretrial services is about half of what is actually needed.

Even if the bail reform bill is passed, it would have to be approved by New Jersey voters as it requires an amendment to the state Constitution.

Besides Bail reform, the bill also mandates a speedy trial system. Prosecutors would have to obtain indictments within 180 days for defendants who have been released pending trial. For those who have not been granted bail, an indictment would have to be returned within 90 days. The legislation would also allow the state Supreme Court to increase filing fees.

The criminal law attorneys at Lubiner, Schmidt and Palumbo in New Jersey will be keeping track of this legislation as it progresses. If you have been accused of a crime, seeking a law firm with a proven track record of dedication to fighting for their clients’ legal rights is essential. We promise to work to get you the best outcome possible in your case. Call us today about your case toll-free (844) 288-7978.