The answer is it depends. The municipal courts are not holding court sessions. Municipal courts are responsible for traffic violations including DWI and disorderly persons criminal offenses (misdemeanors). They are issuing future court dates but are also trying to set up virtual court to expedite those dates. If you have a traffic charge or disorderly persons criminal offense violation like possession of less than 50 grams of marijuana or DWI, then your court date may be a few months out, but it will not go away. It is still important to address it sooner rather than later and begin the process. Police records are still producing discovery and all other documents and I expect that that courts will expecting litigants to be at least somewhat prepared to go. I think those that are ready, and willing to proceed early on when sessions resume may get favorable deals, since they will not be contributing to the municipal court backlog.

Superior Court, Criminal Division, is quickly making progress with virtual court via video. These courts are responsible for more serious offenses called indictable offenses. Indictable offenses are also called felony offenses. First, Second, Third and Fourth degree indictable offenses are the responsibility of the Superior Court. Drug possession and distribution charges for heroin, cocaine, prescription pills, theft and shop lifting over $500, aggravated assault, weapons and guns charges, eluding the police, robbery, terroristic threats, sex assault, etc. are a few examples of these types of offenses.   I personally handled three matters this week via video court, 2 in Union County and one in Morris. It was actually pretty seamless.  I think that as the weeks progress, we will see a marked increase in the number of cases handles by the courts and the timelines moving up considerably. Likewise, I think in the interim, there will be a good opportunity to resolve cases favorably. The reason I say this is because I believe that the courts do not want to put people in jail right now. They want a reason to not put them in jail.

I think that I have a window to get really good results if I can get cases hear. For example, I had a client who was facing two First Degree count of robbery, with a bad prior record, looking at an extended term, possibly 30 years. I was able to get him a 5 flat sentence and kept him eligible for ISP, intensive supervision program. He already had 8 months in, he will likely be out as soon as he gets in. I highly doubt this would have happened two weeks ago.

END_OF_DOCUMENT_TOKEN_TO_BE_REPLACED

The attorneys of Lubiner, Schmidt & Palumbo appeared in municipal courts across three different municipalities to represent clients facing shoplifting charges. Shoplifting is defined in Title 2C:20-11 of the New Jersey Criminal Code. The charge includes not only purposely taking store merchandise, but also purposefully concealing merchandise or altering or removing any price tag or label. The degree of shoplifting or the severity of sentencing primarily depends on the retail value of the items taken or the pecuniary loss sustained by the shopkeeper or store. Under Title 2C:20-11 shoplifting is a second degree crime if the value of merchandise taken is $75,000 or greater, third degree if greater than $500 but less than $75,000, 4th degree crime if at least $200 but does not exceed $500, and only a disorderly person offense if the amount is less than $200.

One of the key aspects of formulating a defense to shoplifting is discovery requests from the state. All three of the defendants being represented by Lubiner, Schmidt & Palumbo had been in and out of court for many months. As defense attorneys in these shoplifting cases, we utilized critical strategies, including procedural arguments rebutting the production of discovery, in an effort to dismiss flawed charges. Most notably, the prosecutor(s) from each case had failed to produce discovery by neglecting to bring forth proper video footage of each alleged theft.

Generally, a court should not dismiss a case for failure to produce discovery. However, in State v. Holup, the court held that if the appropriate motion is filed giving the notice that discovery was not produced in a case, with a request that a time be set by the court for the production of said discovery, then a failure to do so after the court’s set time may lead to a dismissal of the counsel’s charges.  Such motions are more commonly referred to as Holup Orders.

END_OF_DOCUMENT_TOKEN_TO_BE_REPLACED

Perth Amboy Police recently arrested a hospital security guard for allegedly stealing the credit card of a patient at the hospital. Police reports said that the 34-year-old man withdrew more than $1,400 from the woman’s account while she was undergoing treatment.

According to NJ.com, the woman’s purse was left behind in the emergency room when she was transferred to another room. A hospital orderly turned the purse over to the suspect who allegedly removed the debit card and left the hospital during his shift.

The hospital security guard allegedly used the stolen credit card to withdraw money at a fast food restaurant. He reportedly returned to the hospital to find the victim speaking with a police officer. The man then attempted to give back the stolen money, but was charged with theft under a bail of $5,000.

END_OF_DOCUMENT_TOKEN_TO_BE_REPLACED 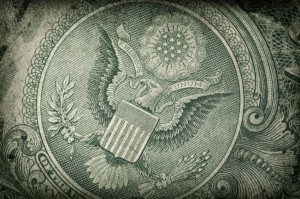 A financial adviser from Morris County was recently sentenced to five years in state prison for allegedly defrauding his elderly parents out of more than $1.3 million.

The 50-year-old had been acting as his parents’ financial adviser, who gave him their retirement money to invest on their behalf.

Due to the conviction, the financial adviser will also have his insurance-producer license suspended for the duration of his sentence.