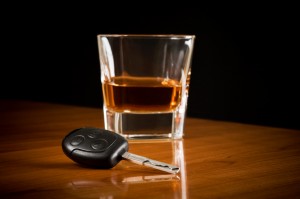 A 22-year-old Garfield woman has been charged with DUI (driving under the influence) in connection with a wrong way collision she allegedly caused after going the wrong way on Route 4 in Paramus.

The suspect was allegedly at Miller Ale House until shortly before midnight. After she left that establishment in her 2013 Nissan Altima, she turned the wrong way on to Route 4 and was heading east in the westbound lanes.

According to NorthJersey.com, the woman hadn’t traveled far before she allegedly collided with an oncoming 2002 Toyota Camry driven by an 18-year-old man and a 1999 Toyota Avalon driven by a 50-year-old Teaneck resident.

The driver of the Avalon was taken to Hackensack University Medical Center and was treated for non-life threatening injuries. The suspect and the driver of the Camry were not injured, according to police.

A police spokesman said that all involved in the accident were very lucky. “This could easily have been fatal,” he stated.

The suspect was arrested for driving under the influence of drugs or alcohol and reckless driving. Other charges are pending, according to the police spokesman.

Obviously being convicted on a DUI offense is serious. It can lead to fines, fees and surcharges, license suspension, jail time, community service and the installation of an ignition interlock device on your vehicle. If you have injured another person as a result of driving while intoxicated, you can face very serious felony charges such as vehicular manslaughter or vehicular homicide that carry stiff prison sentences and heavy fines.

Therefore, if you have been accused of DUI, it is vitally important that you seek experienced legal assistance. The DUI defense attorneys at Lubiner, Schmidt & Palumbo in New Jersey urge you to call us toll-free at (844) 288-7978 or contact us online to set up a consultation to discuss your case. Seeking legal counsel from our law firm is essential if you are seeking an attorney who is looking out for your best interests and is dedicated to seeing that you get the best outcome in your case.