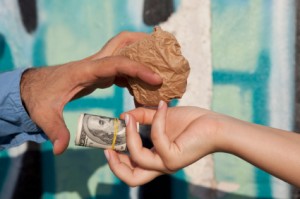 Police in Hunterdon County recently arrested two men for alleged drug distribution after a joint undercover investigation found the suspects with 130 decks of heroin, according to NJ.com.

Investigators said that the men were arrested while at their workplace in Bloomsbury and charged with possession of heroin with intent to distribute and conspiracy to distribute. Both were taken to the county jail under bail of $15,000 each.

Possession and distribution of a dangerous controlled substance is a serious crime in the state of New Jersey and may result in devastating consequences in the event of a conviction.

Under NJSA 2C:35-10, it is illegal to knowingly possess or have the power and intention to possess a controlled substance at any time, such as heroin or cocaine. The penalties for heroin possession can include up to five years in prison, suspension of driver’s license for as many as two years, and a maximum fine of $35,000.

The intent to distribute heroin carries much heavier penalties, found in NJSA 2C:35-5, depending on the amount found on the suspect. For example:

If you or a loved one is facing drug distribution charges in New Jersey, do not wait to contact Lubiner, Schmidt & Palumbo. Our experienced criminal defense attorneys have extensive experience protecting our clients from the serious consequences of a criminal conviction. We will work tirelessly to ensure that you have a strong legal defense to gain the best possible outcome for your case. Call us at (844) 288-7978 to learn more.