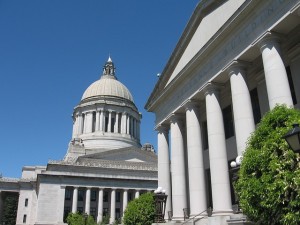 While President Obama is telling everybody who will listen that the government is losing the window to pass a comprehensive immigration reform bill before the mid-term elections, some GOP Senate leaders are saying that they will move on immigration reform only if the GOP takes back the Senate after those elections.

Senator Chuck Grassley (R-Iowa) said that he would vote to pass immigration legislation if Republicans ascend to the majority in the next Congress. Grassley would be poised to take over as chairman of the Judiciary Committee if Republicans gain a Senate majority.

Grassley said he voted against last year’s immigration reform bill because it was not tough enough on border security and interior enforcement provisions.

Meanwhile, Senate Democrats are going on the offensive, blasting House Republicans for their delay in dealing with immigration reform. Sen. Chuck Schumer (D-NY) stated in a speech on the senate floor that time is running out to pass a bill. “I want to be clear what our window is for the House to pass immigration reform — it is the window between early June and the August recess. If Speaker [John] Boehner, [Majority] Leader [Eric] Cantor and other Republican leaders refuse to schedule a vote on immigration reform during this window … it will not pass until 2017 at the earliest.”

If a bill doesn’t pass this year, Democrats are threatening their own delay in order to put Republicans on the hot seat with Latinos — something that can hurt the GOP during the upcoming presidential campaign.

The immigration attorneys at Lubiner, Schmidt & Palumbo in New Jersey will be keeping close tabs on the immigration reform bill as the rhetoric heats up in the next few months. It is important to deal with knowledgeable professionals when it comes to the complicated and sometimes confusing issues involved in the immigration field. Call us at (844) 288-7978 or contact us online to learn how we can help you.