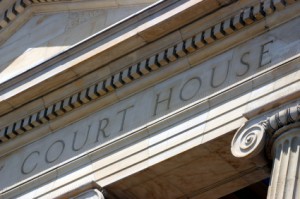 Eyebrows were raised recently when Baltimore Ravens running back Ray Rice married his fiancée, Janay Palmer, a day after he was indicted by a New Jersey grand jury on a third-degree aggravated assault charge in connection with an alleged altercation he had with her at a New Jersey casino on February 15. Rice allegedly knocked Palmer unconscious at the Revel Casino and Hotel in Atlantic City. She was also charged with simple assault, but that charge was dropped.

By some accounts, the marriage was not supposed to take place until this summer. So, this sudden turn of events begs the question: under New Jersey law can Palmer invoke spousal privilege and not be compelled to testify against her (now) husband in this case?

Some legal experts contend that if Palmer chooses to invoke spousal privilege, it will most likely be granted and she will not be compelled to testify against Rice; making the prosecution’s case flimsy at best without testimony from the alleged victim.

Since Rice and Palmer were not married when the alleged assault took place, will the criteria for invoking spousal privilege still hold?

New Jersey Rule of Evidence 501(2) concerning spousal privilege says that a spouse may not be compelled to testify unless the spouse and the accused both consent; the accused is charged with an offense against the spouse, a child of the accused or spouse, or a child to whom the accused of the spouse stands in place of a parent; or such spouse is the complainant.

Once again, since the attack was allegedly perpetrated against Palmer, who would be considered the victim of the crime, she may not be able to invoke spousal privilege in this case under New Jersey law.

The defense attorneys at Lubiner, Schmidt & Palumbo, LLC in New Jersey will be watching this case closely and with great interest. The New Jersey Senate recently proposed a measure that would further weaken spousal privilege in cases where a spouse was a witness in a case before the marriage or handled evidence in a way that disrupted or changed the chain of custody.

The legal landscape in New Jersey is constantly evolving and changing and if you have been accused of a crime you need a criminal defense law firm that understands that. For experienced and knowledgeable legal representation, call Lubiner, Schmidt & Palumbo, LLC at (844) 288-7978 or contact us online today.