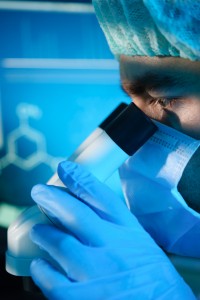 The New Jersey Supreme Court has ruled that forensic lab analysts who prepare forensic reports in criminal cases can’t be compelled to testify at trial.

The court majority ruled that compelling lab analysts to testify concerning tests they had performed presented practical drawbacks that “range from moderate to severe,” and that it was not required by the Sixth Amendment’s confrontation clause.

The court did say that it was reasonable for a lab supervisor or another third-party who had evaluated test result reliability, but who had not actually conducted the test, to testify without violating a defendant’s confrontation rights.

The New Jersey High Court ruled on two cases in which the defendant’s attorneys claimed that their clients should have had the right to cross-examine lab analysts who performed tests concerning their cases.

In one case, a woman who was convicted and sentenced to 18 years in prison for causing a two-car accident in which one person died, claimed that her conviction should be overturned because she was not allowed to cross-examine the lab analyst who had concluded there was Xanex and cocaine in her bloodstream at the time of the accident.

In the other case, a man convicted of rape and robbery contended that his conviction should be overturned because he was not allowed to cross-examine the State Police forensic scientist who prepared a DNA report that linked him to the crime.

Justice Barry Albin dissented with the majority saying that a defendant should have the right to cross-examine an analyst who actually performs these tests.

“There is a lack of ability on the part of criminal defense attorneys to get at errors made in these labs,” he stated. “We know they exist and significant problems have been exposed.”

The criminal defense attorneys at Lubiner, Schmidt & Palumbo in New Jersey will be analyzing this ruling and will determine how it may affect our criminal defense strategies in the future. If you have been accused of a crime, call us at (844) 288-7978 to learn how we can protect your legal rights. We can also be contacted online.