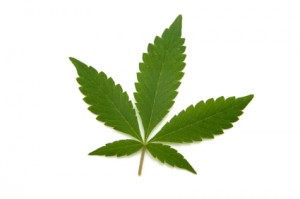 A veteran volunteer firefighter for the Leonia Fire Department was told to turn his gear in after a background check revealed that he had been convicted on a marijuana charge in 1997.

The fire lieutenant, who has 30 years of service as a volunteer firefighter, was the first firefighter ousted from the department in the wake of Borough Council-mandated policy approved last fall that required all firefighters to undergo background checks. The veteran firefighter had the right to appeal his ouster before the council, but chose instead to resign from the department.

Asked to comment David Schmidt, (844) 288-7978, of Lubiner, Schmidt & Palumbo stated that the dismissal of this fire fighter after years of service highlights the importance taking marijuana cases seriously and of seeking expungement if possible.

The 48-year-old firefighter had been a volunteer with the Leonia Fire Department off and on since high school. According to NorthJersey.com, the department was aware of his conviction for possession of marijuana with intent to distribute in Rhode Island in 1997. He was given a three-year suspended sentence and was ordered to serve four years probation in that case.

The newly minted regulations were passed in the wake of the alleged molestation of a three-year-old boy at the borough firehouse by a developmentally disabled teen who had hoped to join the department.

A conviction for a crime, whether it is for a misdemeanor or a felony, can result in serious repercussions in the future. A conviction can cast a long shadow and can make it difficult for you to gain employment, get loans or engage in other activities that most people take for granted. That is why it is essential that you seek an experienced criminal defense attorney at Lubiner, Schmidt & Palumbo in New Jersey if you have been accused of a crime. We can be reached at (844) 288-7978 or you can contact us online to schedule a review of your case today.