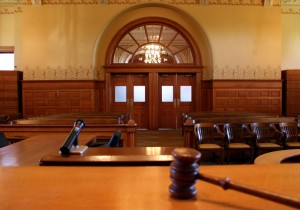 New Jersey’s drug court manager is citing a series of changes in state law last year for the “flood of admissions” the court is currently seeing in its program. The changes allowed more drug offenders to participate in the state’s drug court programs rather than going to prison.

The programs include random drug testing, counseling, drug treatment, and regular court appearances. The drug court programs saw a 25 percent increase in voluntary admissions in the last half of 2013 over the same time period in 2012.

The increase in drug court participation has led to some growing pains for the state. Authorities have been looking for more inpatient treatment providers to house participants, leaving some defendants to remain in county jail until more facilities are found. Authorities have also been seeking more money to cover additional drug testing, treatment services, and probation officers.

The changes in the legislation expanded the eligibility for those who wished to participate in the program and eliminated a provision that allowed prosecutors to block some offenders from joining. Only non-violent offenders may participate.

Also, the changes in the law gave judges the power to issue mandatory sentences to drug court. So far, there have been more volunteers than those sentenced to drug court, which may be attributed to the fact that offenders may now be sent into the program whether they wish to participate or not.

Governor Chris Christie signed the drug court legislation last year, blaming “draconian” drug laws for a system that does nothing but put those in need of treatment into prisons.

If have been accused of a drug offense, it is important that you contact the criminal defense attorneys Lubiner, Schmidt & Palumbo, LLC. Our experienced and knowledgeable staff is dedicated to providing each client with an effective defense strategy designed to achieve the best outcome possible for each case.