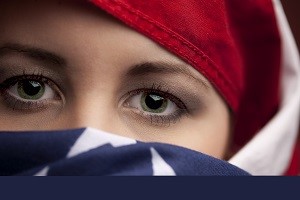 Five Muslims, all long-time U.S. residents, are suing the Department of Homeland Security, claiming that the department has been instrumental in causing delays in their citizenship and permanent residency requests.

Two of the plaintiffs applied for U.S. Citizenship in 2007, but their applications for citizenship were denied in 2012. Another plaintiff, a Muslim refugee from Somalia, has been seeking permanent residency since 2006.

The ACLU of Southern California is representing the plaintiffs in Los Angeles federal court. It claims the plaintiffs have been unfairly flagged under the Controlled Application Review and Resolution Program (CAARP). The plaintiffs’ attorney contends the program has been used by Homeland Security to illegally blacklist her clients’ applications without telling them why.

The ACLU claims that thousands of residents of Middle Eastern, Arab, Muslim, and South Asian backgrounds have unfairly had citizenship and green card applications denied through the secretive program. The ACLU contends that CAARP is unconstitutional and uses “overbroad” criteria, such as national origin, to flag thousands of innocent applicants as national security risks.

The attorney representing the five said in a statement, “Very much like the no-fly list, people are not told they’re subject to CAARP, that they’ve been labeled a national security concern, and that they’re held up for that process. Our clients are long-time, law abiding residents of the United States who, for years, the government has walled off from becoming citizens and lawful residents of this country without legal authority to do so.”

The immigration attorneys at Lubiner, Schmidt & Palumbo will be watching this case with great interest. If you have immigration concerns, it is important that you seek an experienced immigration law attorney who is dedicated to seeing that your rights are protected. Lubiner, Schmidt and Palumbo’s veteran immigration law team can answer your questions and address your concerns. Call us at (844) 288-7978 or contact us to make an appointment for a free case evaluation today.