In the face of reports that 57,000 children, mostly from Central America, have entered the United States since October, it appears that the political winds are changing — providing much sought relief to a Republican party that was finding itself rocked back on its heels concerning immigration reform. 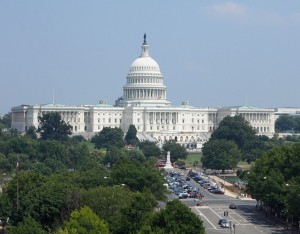 Democrats, rather than using the issue of immigration reform against Republicans, are now finding themselves in the unenviable position of fighting amongst themselves over the current border crisis.

President Obama wants to speed up deportations of the children and has asked Congress to approve $3.7 billion dollars to deal with the crisis. Obama is not only hitting a brick wall from Republicans who want the Administration to do an about-face on its proposals to provide a potential path to citizenship for many of the 11 million people currently in the country illegally, but he is now also facing stiff opposition from allies.

Representative Nancy Pelosi (D-California) was blunt in her assessment of Obama’s proposal to speed up deportations. “Is the only immigration bill we’re going to have one that hurts children?” she said in an interview.

So far, the President has shown no intention of backing down on his promise to use executive action to fix as much of the immigration problem as he can, but the White House has acknowledged that the current crisis has made that alternative much more problematic.

A recent poll conducted by the Pew Research Center reported a 5 percentage point drop in support for the Democrat’s immigration fix. However, 68 percent of those polled said they still back Democratic immigration reform ideas. The poll also found that a large number of Americans would prefer swifter deportations of migrant children and believe that Republicans are more likely than Democrats to fix the issue.

A solution regarding the influx of migrant children seems unlikely to come from Congress before it heads out for summer recess. According to a new Gallup Poll, one in six people called immigration the most pressing problem facing America. In a previous Gallup Poll taken just last month only 5 percent of those polled held that belief.

Obviously, this is an issue that is in flux and the immigration attorneys at Lubiner, Schmidt & Palumbo will be keeping close tabs on it. If you have any questions or concerns regarding immigration issues, call us toll-free at (844) 288-7978 or contact us online. Your initial consultation is free.