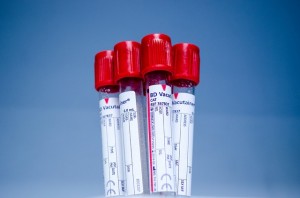 The New Jersey Supreme Court has agreed to decide whether a U.S. Supreme Court ruling concerning the need for a warrant when it comes to a DWI blood draw can be applied retroactively in the state.

In its Missouri v McNeely ruling in April of 2013, the High Court said that blood draws amount to a search and therefore do not skirt the warrant requirement. Precedent had dictated that taking blood samples from drunken-drivers did not require a warrant because a necessity was created by the dissipation of alcohol in the bloodstream.

The recent U.S. Supreme Court ruling took some by surprise, because everybody, even defense attorneys, had assumed that a blood draw in a DWI case did not require a warrant.

Now, the question in New Jersey is not whether a warrant is required to draw blood, but whether the newer ruling should be applied retroactively to a previous case where a New Jersey driver’s blood was taken without his permission.

In 2010, a New Jersey motorist was arrested after crashing his vehicle into a telephone pole. He failed several sobriety tests and was jailed. Later, he was taken to the hospital where blood was drawn without his consent or a warrant. His blood alcohol level was determined to be .157 percent, nearly twice the legal limit for driving.

During his trial, a lower court judge, citing Missouri v McNeeley, ruled that the blood evidence could not be used, even though the incident had occurred well before the Supreme Court ruling.

The state appealed that decision. The Appellate Court Justices ruled that applying the Missouri v McNeely ruling retroactively would not be appropriate and that authorities had “acted pursuant to well-established legal precedent in the state.”

The defendant appealed that decision to the New Jersey Supreme Court.

Blood draws in DWI cases are rare in New Jersey. Police tend to rely on breath tests because New Jersey statutes don’t provide for routine blood draws. Usually blood is drawn if there has been an automobile accident with injuries involved.

The litigant’s attorney claims that the law should be applied retroactively as a matter of fairness for his client, since McNeely got the benefit of the ruling.

The president of the New Jersey Prosecutor’s Association claimed that if the ruling was applied to past cases,” It could created a massive amount of confusion and chaos.”

The criminal defense attorneys at Lubiner, Schmidt & Palumbo in New Jersey will be following this interesting case as it develops. If you have been accused of DWI you need a law firm with experience and knowledge that will work tirelessly to see that you get the best possible outcome in your case. Call us at (844) 288-7978 or contact us online for a free consultation today.