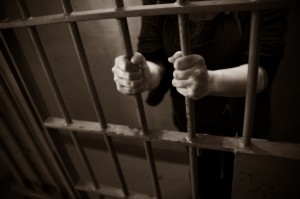 A proposed law in New Jersey called “The Opportunity to Compete Act” may help individuals with a criminal past get a fair chance at rehabilitation. If the law is enacted, employers would be banned from asking whether an applicant has ever been convicted of a crime or even conducting a criminal background search until after the interview process.

“One of the greatest barriers to a second chance in the state of New Jersey is a barrier to employment,” said one of the law’s sponsors Assemblywoman Bonnie Watson Coleman (D-Mercer).

For many, a criminal history can make it almost impossible to get a job interview, let alone achieve steady employment even if he or she is qualified for a position. The stigma that often follows an individual after completing a criminal sentence can create a situation in which previous offenders are encouraged to break the law again or live a life of underemployment or unemployment.

The proposed law would allow employers to make a hiring decision based on an applicant’s criminal history. This would depend on the crime and the amount of time that has passed since the applicant completed his or her sentence.

A successful criminal defense attorney can help you at one of the most critical points in your life. If you are facing criminal charges, you may suffer penalties beyond the sentence, such as difficulty securing employment and a lasting social stigma. The New Jersey defense team of Lubiner, Schmidt & Palumbo is available for a free consultation at any time. Please do not hesitate to call us at (844) 288-7978.