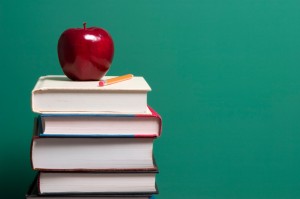 The New Jersey Chapter of the American Civil Liberties Union (ACLU-NJ) recently brought lawsuits against seven New Jersey school districts, alleging that they were discriminating against the children of illegal immigrants.

According to ACLU-NJ, the school districts targeted by the lawsuits required or appeared to require that parents show a driver’s license, a voter registration or some other similar documentation before their children could register for school.

Four of the school districts named in the suits resolved the issues within 24 hours. Three of the districts, Audubon and Somerdale Park in Camden County and Perth Amboy in Middlesex County have not acted yet.

The ACLU became aware that some districts were requiring the documentation after families in Butler contacted them, claiming that their children were not being allowed to register for school because of the district’s photo ID requirement.

The ACLU’s attempt to change the district’s policy initially failed, but the school district later reversed its stand. After that case, the organization heard from parents from other districts who voiced concerns that they were running into registration roadblocks for similar reasons.

After looking into some 600 school districts statewide, ACLU-NJ determined that 27 districts were being discriminatory. A spokesman for the organization claimed that the 7 districts that were sued were the most egregious offenders. He said the organization is considering whether to file lawsuits against the remaining 20 districts.

The lawsuits allege that registration based on certain documents violate the equal protection clause in the federal and state constitutions and violate New Jersey state statutes.

The immigration attorneys at Lubiner, Schmidt and Palumbo will be watching to see how this plays out. If you are an immigrant who believes your legal rights are being violated, contact us at (844) 288-7978. We can also be contacted online to set up an appointment regarding your case.